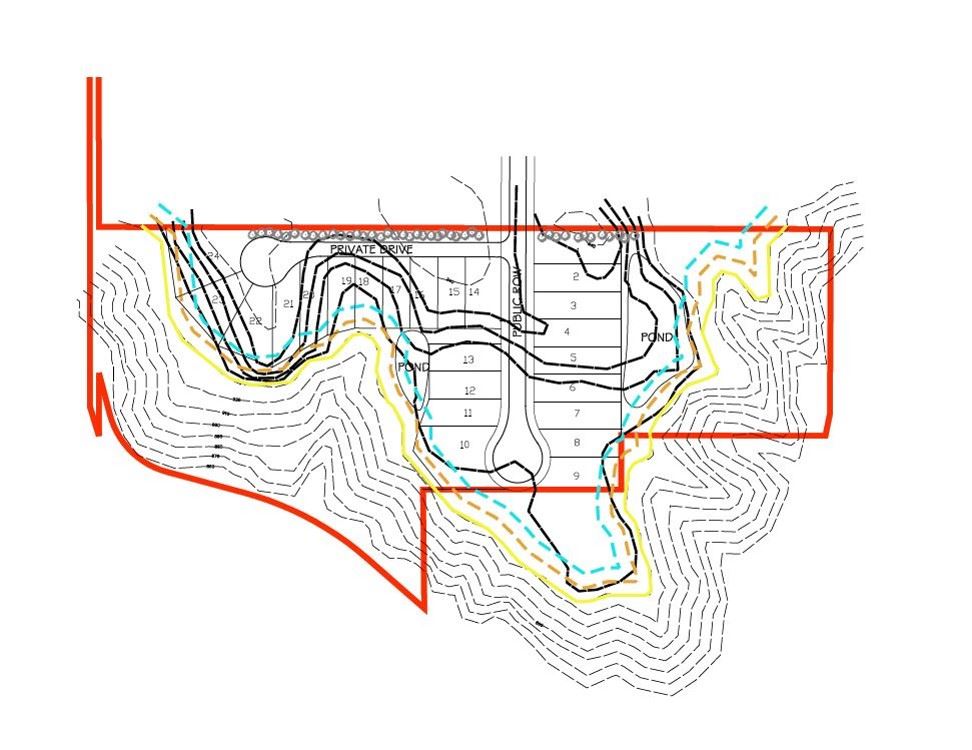 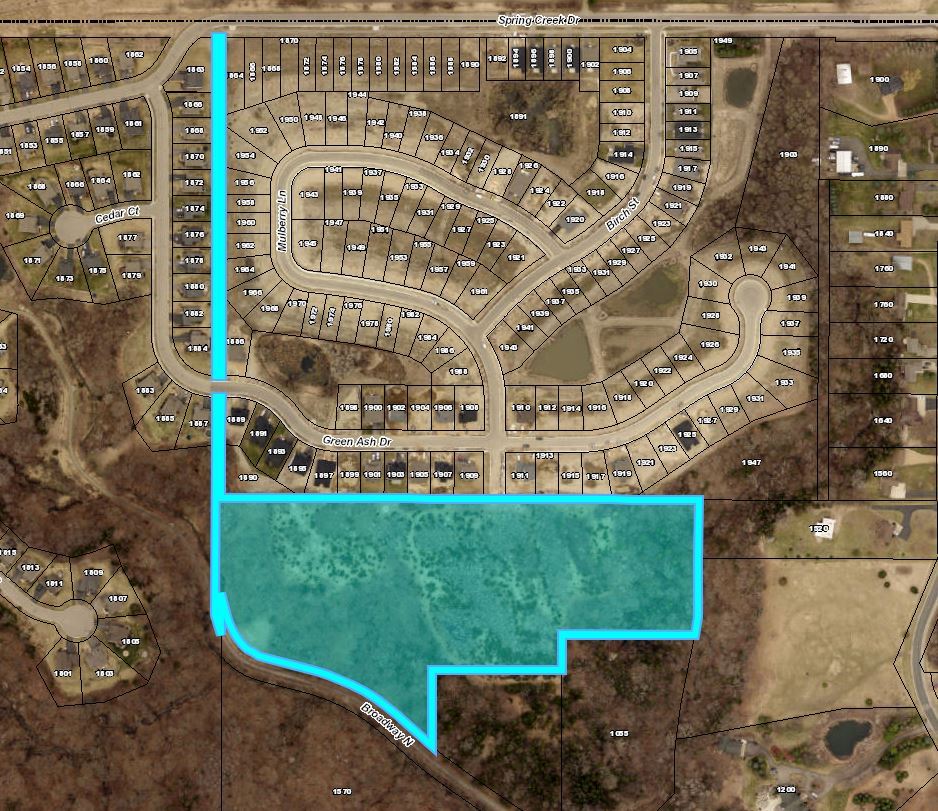 The City has received an application for Preliminary Plat and Rezoning for land directly south of the Meadows at Spring Creek development. The site is accessible via an extension of Mulberry Lane, which was constructed as part of the Meadows project. Mulberry Lane will be a dead end cul-de-sac and an east/west road will be constructed for additional home access.  The developer is Kurt Manley with Manley Development - Kurt can be reached at kmanley@manleyland.com or at 612-250-4676.

Staff is currently working with the development team on revisions to the site based on resident feedback at the recent Planning Commission meeting.

Staff and the Development team are working on a trail that would connect this project to Snake Trail, a popular walking trail that gives access to the downtown.  The trail from Brookview will likely be wood chip and have steep grade but will offer an additional connection into the City's greater trail system.

The property additionally has a narrow strip of land that extends to Spring Creek Drive and is in backyards of residents on both Green Ash Drive as well as Mulberry Lane. This strip of land has been classified as a cart path and was the only access into the Brookview property. With the property developing, the cart path will be eliminated since there will be access via the extension of Mulberry Lane.

The Planning Commission reviewed the rezoning the property, as well as a Preliminary Plat application at their February 17 meeting. The project is slated to be on the City Council's March 21 meeting.